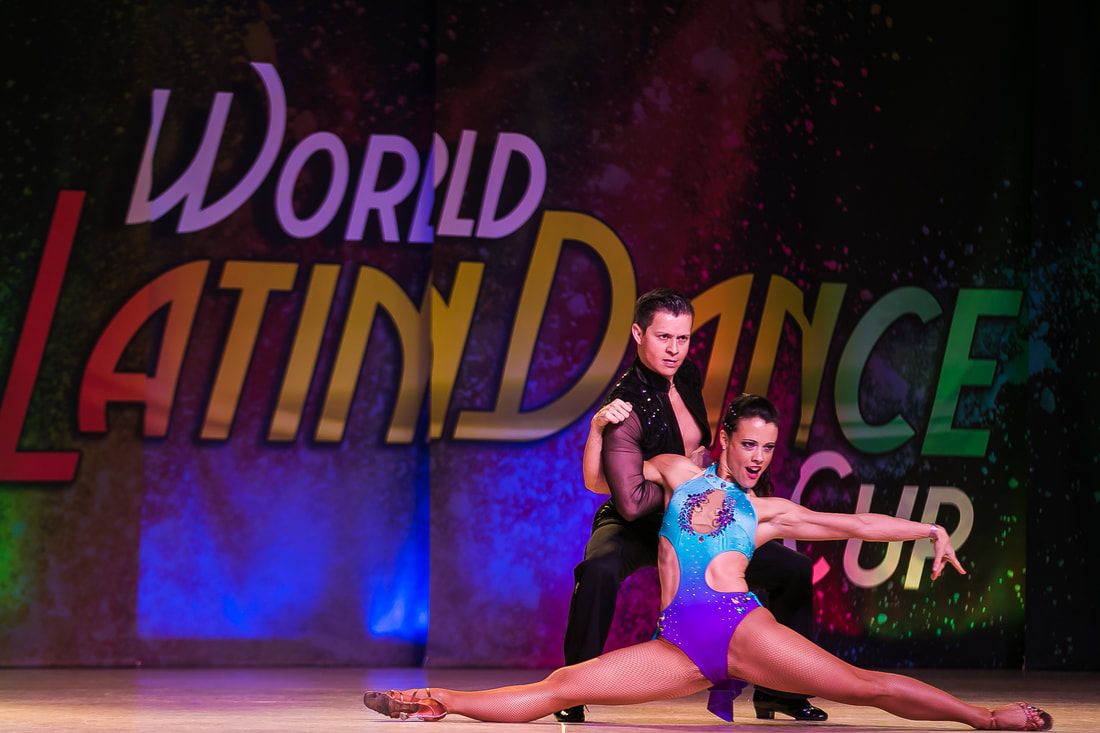 John Narvaez and
​Erika Lachenmeier
​
John Freddy Narvaez representing Colombia & the San Francisco Bay Area: This amazing dancer/instructor/world champion has garnered too many titles to list. Suffice it to say that he has helped mold champions of the past, present & future with one of the proven best instructional methods & curriculums the Salsa dance world has yet seen.  John was a contestant on the national TV show “America’s Got Talent“ in 2014, along with his partner Andrew, and the duo made it through the auditions and Judgement Week to qualify for the quarterfinals.
John Narvaez has accumulated a total of 145 World Class Championship medals through his choreographies. 54 Gold, Silver 54, Bronze 37.
​
For more information www.salsamaniaproductions.com
Erika started ballet as a toddler and has been dancing ever since. She grew up performing and teaching in a wide variety of genres, most notably ballet, jazz, contemporary and musical theater.

When Erika ventured into a Salsa club for the first time in 2010, she completely fell in love with the music and the dance. She has been training, performing and competing with the renowned Salsamania Dance Company for the last 8 years. Erika won 6 medals at the World Latin Dance Cup before going pro in 2017. Since then, she has won first place at the Bay Area Salsa and Bachata Championships, was a finalist at the World Latin Dance Cup in the professional couples category, and won a world title in Ladies Salsa Same Gender division.

Her newest love is the beautiful Brazilian dance: Zouk, which allows her to blend in all of her previous training from ballet to Salsa. Erika loves teaching sharing her passion for dance with students. She is available to teach workshops and privates in salsa, ballet, jazz, active flexibility, and lifts and tricks. 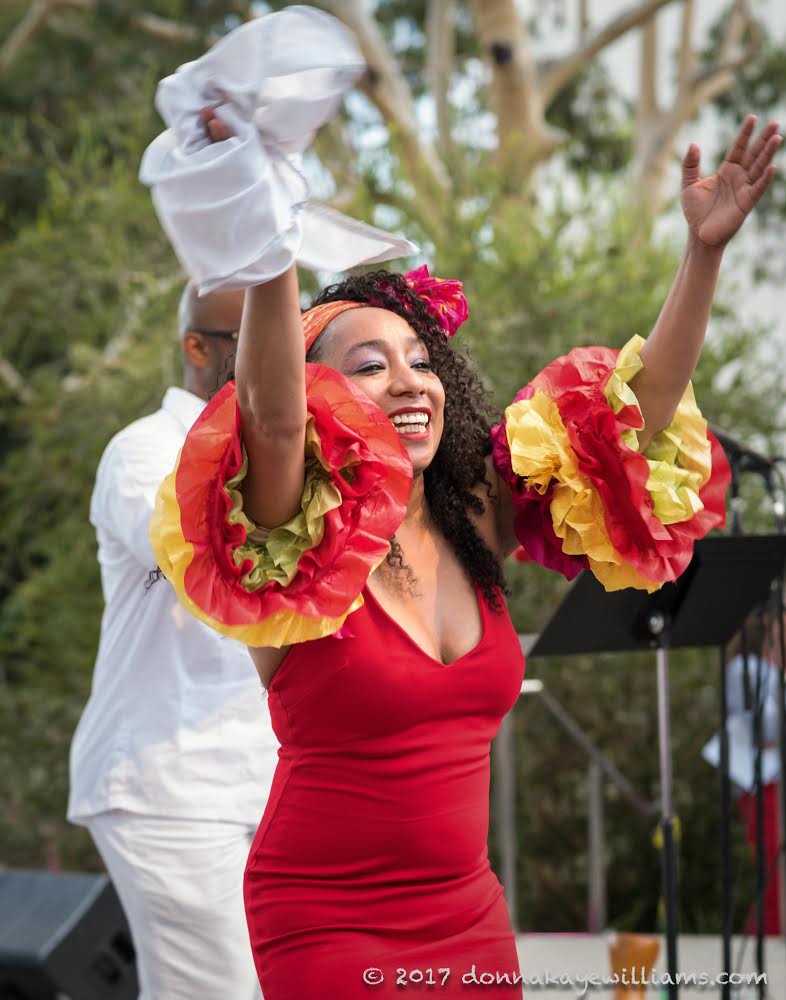 Kati Hernandez brings her explosive, joyous energy to the American stage and studio. A native of Cuba, Kati grew up surrounded by the sounds of the drum and the Afro-Cuban tradition. Her dance studies included folkloric, popular, modern, ballet, choreography, composition, and staging. Her early performances include the Havana International Jazz Festival with Cuban stars such as Bobby Carcases and Chucho Valdez and the Bienal Internacional de la Habana with Afro-Cuban music and performance icon Mercedita Valdez and visual artist Manuel Mendive.
Beginning her international career, Kati was chosen as a representative of Cuban dance, touring Spain for six months with Manolito Sibonet y Su Trabuco. She also toured with Cuban productions in Portugal, the Bahamas, and Costa Rica.
Kati is currently dedicated to spreading the treasures of her Afro-Cuban roots in the US. In her hometown of Los Angeles Kati has served as lead choreographer for Afro-Cuban jam sessions at the Ford Theatre where she has also co-hosted dance workshops with the acclaimed Afro-Cuban rock band, Síntesis. More recently, Kati was artistic director for the joint production “Cuba Antes y Ahora,” at Grand Park and the Getty Museum, as well as the choreographer and cultural advisor of “Tentacion” a new production at the Walt Disney Concert Hall for LA Philharmonic’s Pan-American Youth Initiative. She has choreographed and performed in music videos including “Un Poquito de Amor Every Day” with world renowned Colin Hay and San Miguel Perez, and Iris Sandra Cepeda’s “Vete Por Donde Vinistes.”
Kati also flows between public and academic venues, teaching dance classes, intensives and lectures at colleges, dance studios, and congresses around the country. She has worked with dance and music departments like UC Irvine, University of Oregon, Pomona College, and is a yearly guest instructor at the top Cuban dance festivals in the nation.
As a performer, choreographer, and teacher Kati is truly an illustrative vision of her heritage in an endless high-energy celebration of Cuban dance and music. 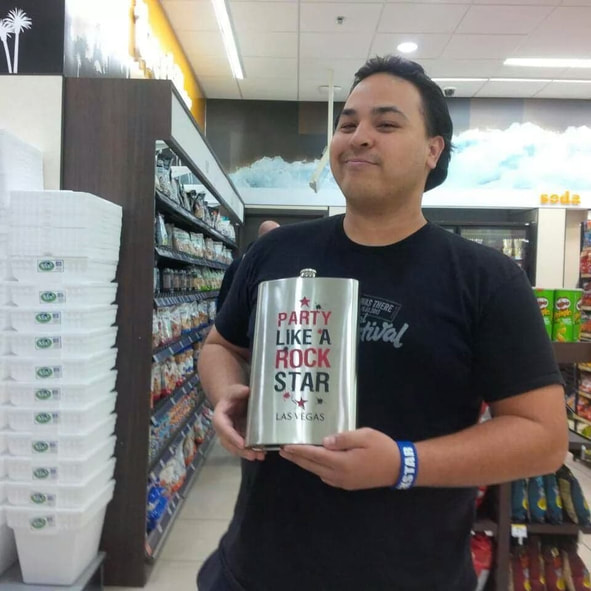 ​Ryan "The Rockstar"  and
​
Ryan has dedicated his heart and soul to Bachata, Salsa, Zouk, and Kizomba and went from simply doing moves, to deeply feeling the rhythm and music. 10 years ago, he stepped into his first Bachata lesson, and his life changed forever. He was teaching a year later, and has since become famous for his Bachata Romantica workshop series world wide. Blending sensuality, connectivity, and love, with a variety of different dances styles, these workshops help dancers tap into their inner romantic, unlocking a dancer's personal presence and style. True to his moniker, Ryan can always be found on the social dance floor til it closes down, and has been lauded for being one of the most approachable and dedicated social dancers. Ask for a dance and you will get 110%!
​

Jeff Jung
​
Learn to dance safer, learn to dance better. Learn techniques and movements to bring safe and beautiful dancing to Humboldt County. Don’t be the dangerous dancer on the floor pulling moves from social media and calling it Sensual Bachata.
Jeff and Molly teach from the Korke y Judith Sensual Bachata Mastery Program (the originators of Sensual Bachata from Cadiz, Spain). Their classes are held in Santa Rosa, California. They have been teaching Sensual Bachata together since January 2018 and have enjoyed working with many levels of students under JAS Latin Dance Academy.
Jeff is a former trainer for Daniel y Desiree World Team Project, San Francisco and other teams under JAS Latin Dance Academy directed by Jose Santamaria.
Jeff is a  member  of the Daniel and Desiree World Team Project Performance Team in the SF Bay Area. They have also been training in Zouk under the instruction of Anthony and Collyane Umina, on the San Francisco Zouk Performance Team. He brings a variety of dance backgrounds including Salsa, Bachata, Zouk, Hula, Argentine Tango, and various other social level ballroom dances.
Jeff  works full time outside of the dance industry and in their free time try to share their passion, knowledge, and spirit to help grow open and welcoming communities of people.
Jeff is one of the founding members of Bachata Lab Productions in Santa Rosa (Organizers of Sazon’s Sensual Bachata Nights) where their mission is to grow the local dance community through supporting local businesses and social networks through fun and education in their events and activities. See their Website HERE 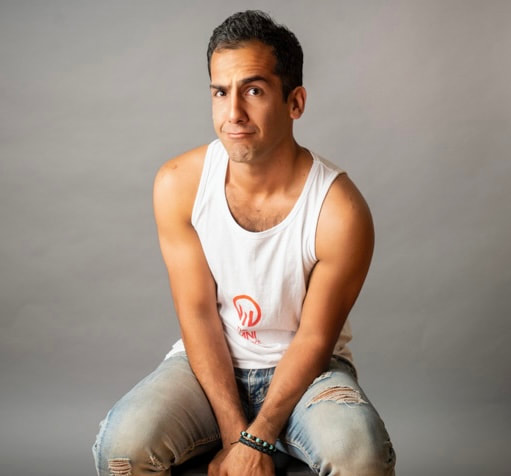 Imaan “PapaFuegz” Taghavi (@papafuegzofficial) is an international social dance instructor and pioneer based in San Francisco, CA. Having previously trained in salsa and bachata with the renowned CoboBrothers Dance Company, he now teaches, trains, and competes in Brazilian Zouk with his dance partner, Elena “The Rhinestone” Rovito (@therhinestoneofficial) and they recently took 3rd place in the 2018 Semi Pro division of the U.S. Zouk Open. He is also the Founder and Executive Director of the Omni Movement (@theomnimovement), a social dance media company that spreads the accessibility and awareness of social dancing across the globe. Their tagline: “You can dance anywhere, with anyone, to anything.”

Testimonial:: “[PapaFuegz] pays very close attention to detail... He shows how not only is he teaching new moves, but emphasizes how… I can begin to come up with my own moves.”

Check out the OMNI movevment HERE 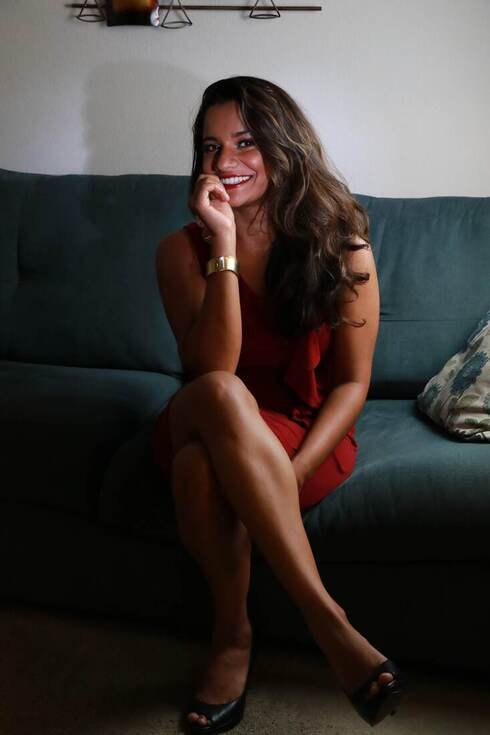 Evi has been dancing salsa, bachata, zouk, kizomba and international latin ballroom for a decade and has ventured into other cultural dances – she’s now an award winning belly dancer and an Indian classical dancer! She has also been studying human anatomy and how to dance with effortless ease through her studies of movement called Alexander Technique and the Feldenkrais Method. Her specialty lies in teaching how different parts of the body coordinate and move to create isolations and fluidity in dance, even more so with a partner. She loves connection on the dance floor, and in her life, and seeks to teach connection through non-verbal communication – the art of receiving and intention when we hold another in our arms dancing. The balance between tension and intention, how to create a safe frame in which the follower and leader engage in fluid communication. She’ll be teaching Bachata isolations and transitions from isolations and all types of body rolls when solo-ing and dancing with a partner. Her classes are perfect for those who want to add to their personal style and expand their dance vocabulary. Get excited!!!
​ 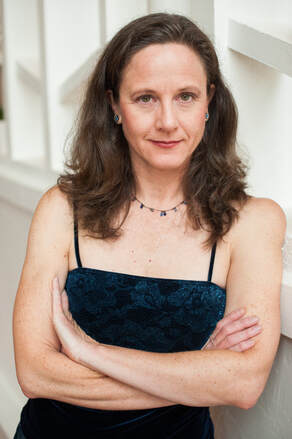 
Debbie Weist of ‘Dance with Debbie’  brings enthusiasm and a diverse dance background into her teaching to make classes fun. You can have a tailor-made private lesson or join a group class of swing, Latin, or basic ballroom with locations in Eureka and Arcata. She also creates memorable choreography for weddings and other special occasions and thoroughly enjoys the challenge of each project.
​ 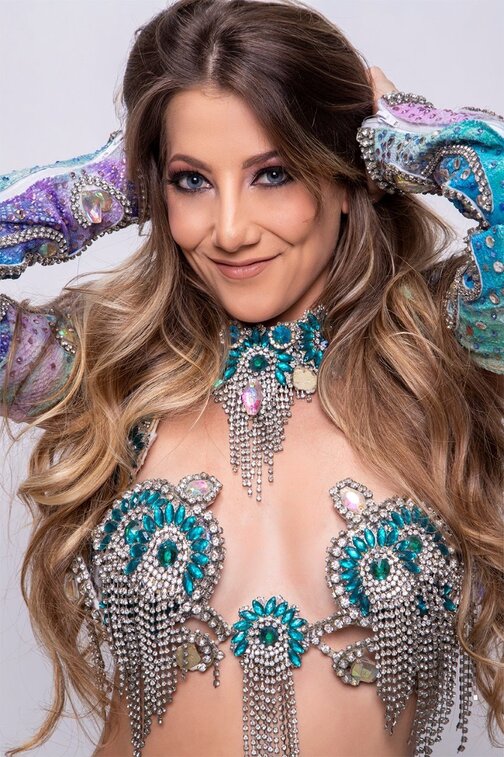 Rocío Cristal Talavera has been dancing Samba since 2011 and teaching locally since 2015. As she became more involved in the American Samba scene, she began traveling to Río de Janeiro to parade in the biggest and most famous Samba stage in the world: the Carnaval of Marqués de Sapucaí. In 2016 she traveled for the first time to dance as a Passista (carnaval dancer) for the famous samba school União da Ilha. In 2019 she traveled again to parade twice more- once in the International Passista Wing of Académicos de Belford Roxo and also as an Official Passista for the oldest samba school in Rio and 2019 Série A Champions, Estacio de Sá. In 2020, she was invited once more to parade, this time as a Muse (one of the highest positions attainable by a foreigner), for the samba school Unidos da Ponte. To prepare for these performances, she has trained under some of the most famous dancers and choreographers of Brazil. In the United States, Rocio has choreographed and led carnaval parades including the Arcata NCF samba parade (2018, 2019) and the Seattle Solstice Parade (2014, 2015). She had also paraded as Destaque (highlighted dancer) in the carnival parades of San Francisco and San Diego. She has performed in numerous festivals throughout the West Coast as well: some of these include the Oregon Country Fair, Honk!Fest West, Benbow Summer Arts & Music Festival, Reggae on the River, Northern Nights, Fire Fall & Spring Soul Festivals, and many more. Rocio is also a percussionist and has drummed in various local bands (Samba da Alegria, sambAmore, OLIO) and is the co-founder of Samba Floresta. In addition to playing with these bands, she has simultaneously led the dance contingency for 3 of these. Her knowledge of music has helped her to gain a deeper understanding of samba which makes it easier for her to choreograph and teach the dance. Rocio was born and raised in Puerto Rico and has a background in Folkloric Dances of the island including Bomba and Plena. She grew up dancing salsa, merengue and bachata as part of her culture, which is why she immediately felt a connection to samba through the roots of the African diaspora. Her next goal is to travel to Río once more with a group of “gringa” (foreign) dancers for a new project with the Carioca musician Dudu Kape to create a new bridge for artistic exchange between the two cultures. 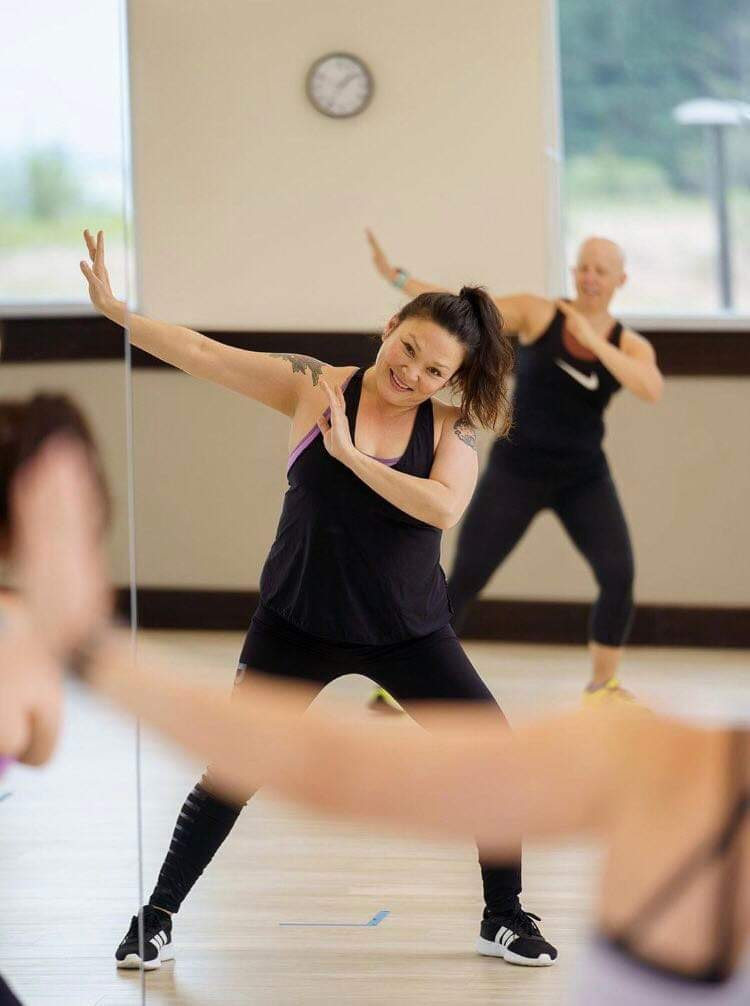 Mimi -The Danz Queen
Mimi has an amazingly dedicated Humboldt county dancer following since 2010.  Her energy is bright and her moves are smooth! Her teaching style is suitable for all levels and her vibrancy encourages everyone!

Our Guest
​Musicians and DJ's 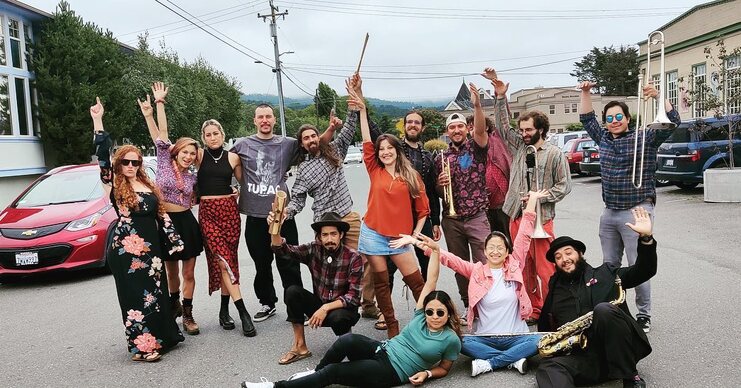 Tropiqueño
​Tropiqueño is a Humboldt County music group that specializes in old-school salsa revival, a collaboration of artists coming together through our love for the African diaspora’s heritage in the Caribbean and Latin America

Fun salsa and afro-cuban dance music and a part of the Humboldt County Salsa tradition! 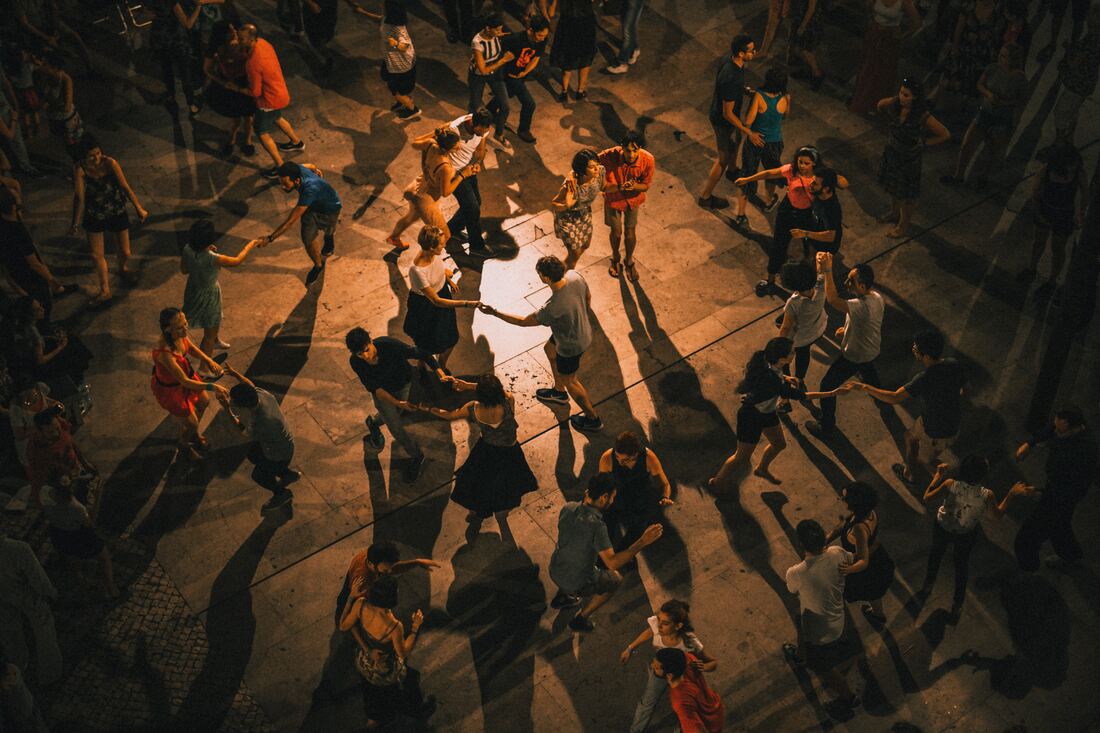